Card and or Board game players. Game is meant to be geared towards grown ups and young adults. So a style that is too cartoony might not work. There are two pictures provided (01 Possible Art Style and 02 Possible Art Style) that give an idea of some styles that look good but one isn't quite limited to those but also no need to deliberately avoid giving one (or both) of them a try.

Card Size: 2.5”x2.5” Example of a shark attack card (bold indicates specifics to be used for this example)… combining multiple elements to show the concept of the card. FRONT: Main picture that can, but doesn’t have to, take up whole card where the featured shark is shown aggressively and fully attacking or about to attack (but do not show any person in the picture at all), preferably in the direction indicated by the arrow (designer is free to try different looks sizes (Oceanic White Tip). The shark featured on this game card must be the Oceanic Whitetip. Please pay close attention to its fins and mouth (added pictures to help with this) and give it the same coloration as the Oceanic White Tip1 (intended to give artist the color of shark to be used).jpg. This is taking place near the surface but underwater in an open ocean so there should be no sign of land anywhere nor should we see the bottom of the ocean or anything. These cards should NOT feature the name of any shark. While the whole shark doesn’t need to fit into the picture, we should try to make its distinguishing trait(s) are visible. An arrow indicating the direction of the attack. A possible design for this part would be water colored like it has blood in it, with the generic silhouette of a shark inside it. A number (max characters 1 (no plus or minus sign goes here). Perhaps the generic silhouette of the shark can serve as an “arrow” by itself and the movement number can go inside or in front of the shark to help indicate direction. For this card, the direction the shark is moving/attacking towards is UP. The arrow should be positioned in one of the following parts of the card: Top Left, Top Center, Top Right, Bottom Left, or Bottom Right. Stats could be in generic text but feel free to try some styles for them, perhaps a nautical theme (2 lines of stats (swim: +(single digit), fight: +(single digit). For this card, the stats are swim: +2, fight: +1. After looking at a few designs, I realize that “Shark Attack!” is better than the other word by itself. So go with "Shark Attack!" please. These words should be stylized in some way, maybe blood or with shark shapes or kind of like the jaws of a shark or a combination. Who they’re going to attack with the 4 possible options being (closest, farthest, most injured, least injured). For this card, only (farthest) needs to be shown, but feel free to try other designs if you’d like long as it is clear that farthest is indicated as being the one active on this card. On the right side of the text, perhaps a silhouette of a swimmer can be next to the text to indicate survivor so the text combined with the silhouette would mean closest survivor without spelling out survivor. The reference pictures are not to be seen as showing any real preferences or desired design choices other than to give some ideas of a shark appearing to attack in different directions.

The intent is to work with the contest winner to complete the rest of the artwork needed for this card game. Again, your interest in this contest (and possibly the project ahead), are very much appreciated. Thank you and good luck! --------------- THIS ISN'T NECESSARILY RELEVANT TO THIS SPECIFICALLY, but it provides a background for the game this card is going to be part of for those that are interested and may be helped by this information... The background is silly and not realistic at all, lol (but this still isn't meant for little kids) but the game takes place in the open ocean. No land in sight. Most of the survivors (5 out of 6) were on a fishing boat when a large cruise ship ran through it without noticing. A vacationer that was on the cruise ship happened to be on the deck at the time when the ship crashed into the fishing vessel and it was just enough force for them to fall into the water as well. Cruise ship is long gone and now there is wreckage and items everywhere... but also sharks... The players must survive a certain number of turns (indicating they've been rescued) but things can make this easier or more difficult depending upon what is encountered. A number of the 2.5"x2.5" cards are placed faced down in a random order on the table (this is why the backs of them have to look like continuous ocean no matter what order they're placed in) and the survivors (max of 4 any game session) start at the farthest 4 corners. The players then take turns and choose the direction they want to swim with the maximum they can swim being limited by their swim stat. Where they stop, the card is flipped over to see what happens. Sometimes that card is an item or something like a jellyfish that stings them causing them to drop an item they're holding. A shark attack is also another possible occurrence and it is one of those shark attack cards that is the focus of this contest.

CAPTEHE IS FANTASTIC!!! captehe is patient and, even if it takes a few tries, is determined to deliver something you want. Truly amazing work.

We create animated YouTube videos, and our audience is most often English speaking people in the age range of 18-34, alt

This logo is for a NFT project, "Baby Sloth". Buyers will purchase a Baby Sloth (NFT), it will animate into a playable

Illustration for use on website/facebook page for development company

Create a pattern for a cosmetic brand !

We sell hair cosmetics for women with curly hair. Our products are natural, trendy, multi-purpose. We need pattern also

Zombie Rush Vampire Royale is a mobile game where you play as a Necromancer. It's stylized 2D art, with bright colors. I

We are a mission driven dog food, treats and accessories business. We feed dogs in shelters and rescues with every purch

Take our current logo and turn it into a lifestyle brand

We have hosted Trivia Nights (also known as Pub Quiz) in bars and restaurants across the country for 15 years. We recen

Design a logo for a light-hearted indie tabletop RPG!

Borrowed Wings is an independent tabletop roleplaying game about a group of characters going on a misadventure!

We are the developers of Heroes Lineage, a fantasy themed RPG Online game.

We are developing a scifi RPG game for desktop and mobile. The characters are Demons, Orcs, Elves that posses magic capa 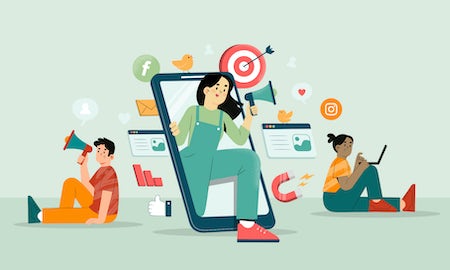