I'll give a few factors about what I do, what I like, and why I like it. I am 20 years old, I'm an Infantryman in the U.S Army and I like everything about history, specifically military history. I Inspire to be an operator in SOCOM but I also want to pursue a career in novelty. I like futuristic wars that capture a sense of awe and I love detailed artwork about the wars. This book is exactly that with my own take and I recommend you to look up the appearance of modern-day special operation forces and futuristic warfare art online for a better idea as you progress.

Set in the fictional world of Thagnarost and told on one of its continents called Flinquet, the story of Ember Blood is about two brothers named Samuel and Michael Cross, two young boys born into the destroyed nation of Relhal by its rival nation, the Halogen Empire. After the slummed city they lived in is now destroyed and being the only survivors, Samuel and Michael are rescued by a group of genetically augmented religious zealots called Uziels, named after the angel they worship. Now scarred by the actions as well as fighting the Halogen their whole life and swearing to bring the empire down, Michael has grown to be a vicious combatant and one of the most feared Uziels despite being immature and impatient while his older brother, Samuel, has grown to be noble and willing to annihilate anyone and anything that tries to harm his brother and those who he holds close; even if he suffers the most pain. Despite their flaws and the war they fight, they prove that there will always be more than anger and bitterness that flows in their veins.

People who like: Action, Sci-fi, Fantasy, Dystopian mixed with a little Horror and Drama

Golden yellow for the "Enemies."

Terrific attention to detail and high quality work. This is my third time working with them and I am continuously impressed.

Book cover for "F*ck Retirement: Don't Settle for a Lesser Life in Your Later Years"

People in their 50s and 60s who don't want to settle for a typical retirement, but rather who want to keep learning and

Older adults, mostly females who have read The Naive Bumblebee, and males; people who like fantasy stories or light sci-

Cover for an eBook about breastfeeding

Beyond Eden, a pre-flood story of Biblical suspense complete with angels, demons, and explosions.

Fans of Ted Dekker and Frank Peretti. Christian fiction readers interested in thrillers and the supernatural. People who

Young to middle aged men (25-45) who want to explore God but are bored or sick of religion.

Women in their forties and over. People interested in history, and particularly Jewish history.

Finally of Age! Design the Cover and help to make a great gift for the 18. birthdays of teenagers

Buyer: - Demographics: o Male and female o Parents (generally any older close relative) to a teenager who is about to

Physicians in the US. They will be out of medical and their residency, most likely in the 30s-50s.

Men and women from 18 to 50. Fans of yogis, Harry Potter and Elmore Leonard. 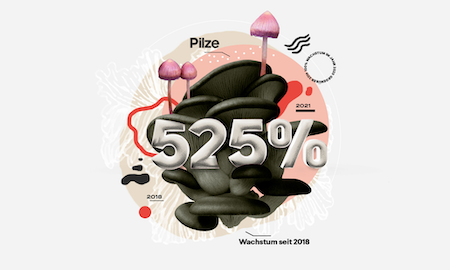