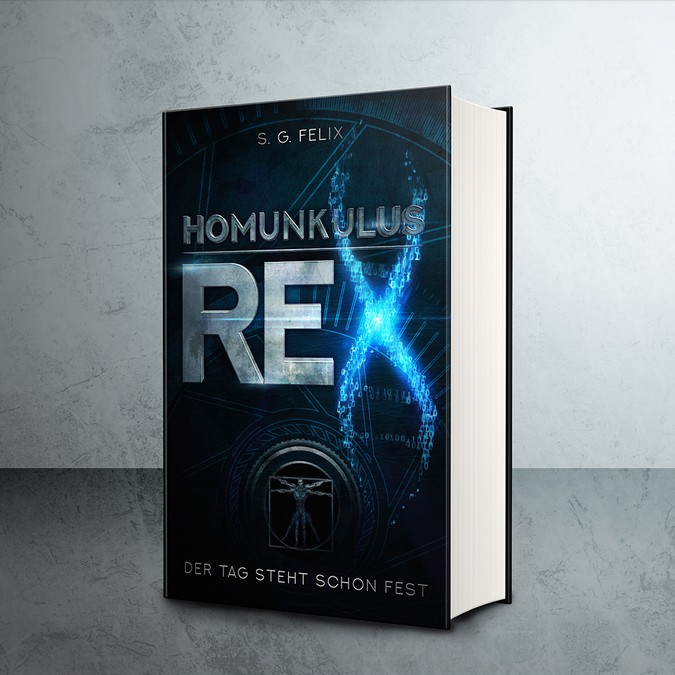 Cover for a Sci-fi Thriller about electronic surveillance, clones and robots 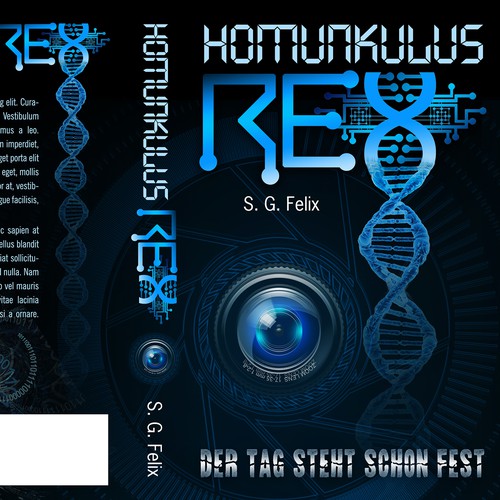 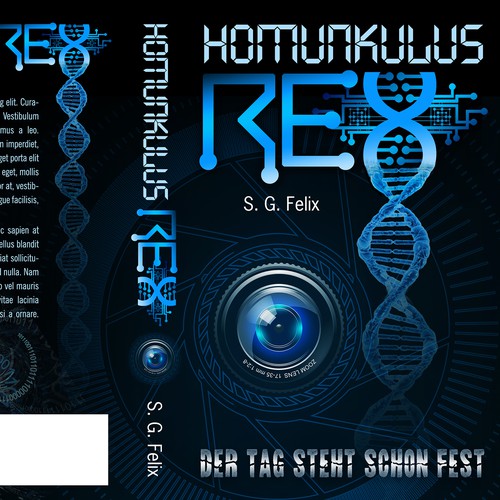 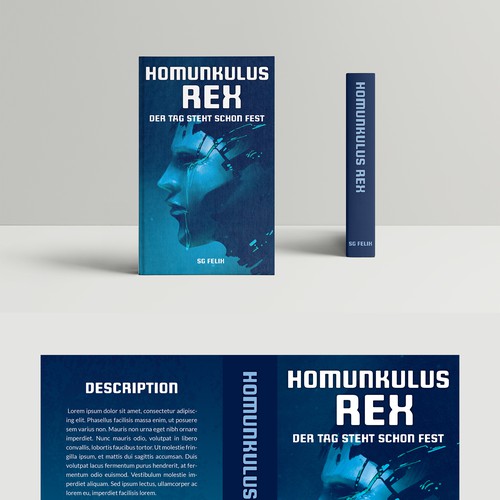 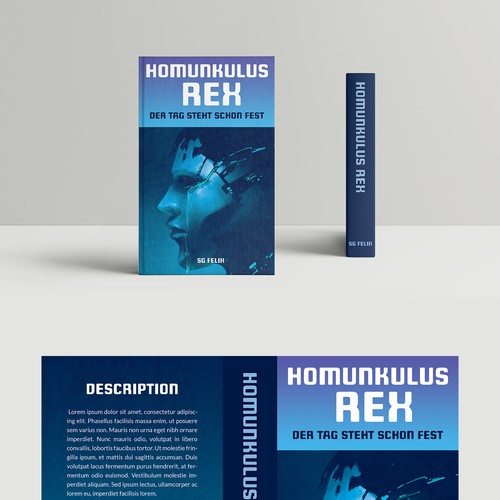 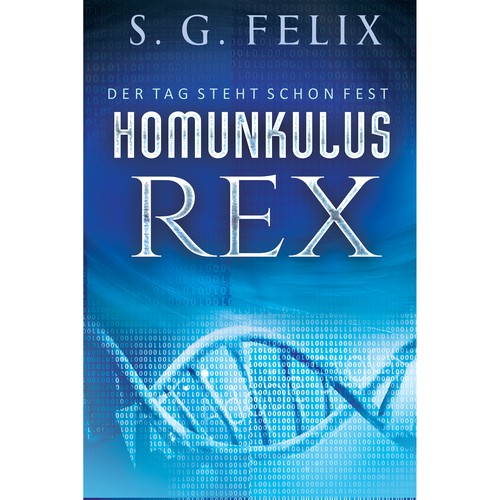 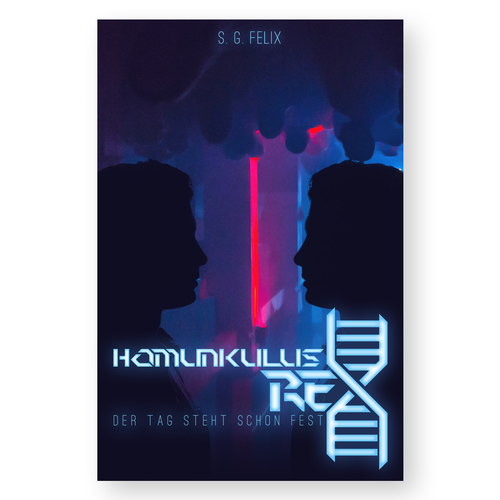 I am an author for Sci-fi Thriller, Horror and Fantasy

The story is about a man who lives in a near future. Like many others, he suffers from constant government surveillance. Jobs for people are increasingly done by robots, so that his job is threatened. His freedom is becoming more and more restricted. He wants to escape this with a risky plan. A clone plays an important role in this. But something goes terribly wrong. A hunt for him begins and he gets into a conspiracy of global proportions.

To give you a better comparison of ​​the future, the dynamic of the story, the setting, the mood: The book is the closest to the movie Minority Report.
(Of course, the story is completely different.)

adult readers interested in clones, androids and the development of society in the near future.
People who like Sci-fi.

Here's what I imagine:
I want a cover that is mainly influenced by the title. The title 'Homunkulus Rex' should occupy a big area of the cover.

Two aspects are important:
1) The aspect of cloning.
2) The aspect of digital surveillance or threat that robots with artificial intelligence replace humans.

1) The eye-catcher should be the 'x' in 'Rex'. It should consist of two intersecting DNA strands. This 'x' can also be highlighted by size and color. (If the designer thinks that does not work then something else.)

2) In order not to give the viewer the false impression that it is a medical thriller, the sci-fi aspect of threats of future technology must be added. This can be done additionally under the title or as part of the background. I'm looking for something easy to understand because the cover must not be overloaded with details.
Here I'm not sure how to visualize that, so here are a few thoughts:
- Digital monitoring with transmitters, scanners, computer chips,
nanorobots and robots with artificial intelligence is a key part of
the book.
- Other visualized associations with futuristic surveillance
- The technical aspect could also be accommodated in the 'x' of
'Rex': The 'x' could be energized. Sparks from an electric shock
could light up. The DNA strands could also consist of zeros and
ones.
- Parts of a futuristic circuit board with illuminated electrons are
conceivable.

The design of the font should fit the sci-fi theme. The letters could glow threateningly. The same applies to the DNA strands.

The background should be dark or black. Or/and it could be used to show the threat aspect.

The author name should be kept rather unobtrusive because the star of the cover should be the title.

At the bottom of the cover the following sentence must be written:

(means: The day is already set)
(No period at the end of this german sentence here.)
It will not be an official subtitle, but should inspire the viewer to think about it.

What I have problems with are big faces that fill the whole cover.
No robot-human face to face.
Stock material: If there is no other way to avoid it then please use adobe stock or free material. (it's only a request)